The home team made a host of changes, eight in fact, as they fielded a young team. Meanwhile, the injured duo of Sunil Chhetri and Eugeneson Lyngdoh were replaced by Udanta Singh, who made his senior debut, and Pronay Halder while Arnab Mondal and Pritam Kotal made way for Sandesh Jhingan and Aibor Khongjee.

Unsurprisingly, the hosts began on the front foot straight away and Gurpreet Singh was forced into a brilliant save in the eighth minute as he rushed off his line in order to to deny Azmoun.

India then fashioned a chance of their own five minutes later. Holicharan Nazary had a shot at goal go just above the target with the goalkeeper off his line.

Gurpreet had another save to make in the 17th minute before Jhingan survived a penalty appeal two minutes later after bringing down Alireza in the box.

The Indian custodian was forced into action yet again by an Alireza effort in the 23rd minute, doing well to keep the Iranians at bay.

However, a reckless high-boot from Bikash Jairu in the 32nd minute saw the referee point to the spot as the East Bengal winger was handed a booking as well.

Haji Safi stepped up and sent Gurpreet the wrong way to break the deadlock in the 33rd minute.

Ezatolahi dribbled past a couple of players n the 39th minute before rifling in an effort from the edge of the box which Gurpreet managed to keep out and collect on the second attempt.

India were on the ropes but went into the break only a goal down.

Iran nearly doubled their lead at the start of the second period as Ezatolahi headed just wide from a corner-kick.

Udanta was then afforded an opportunity to demonstrate his pace in the 47th minute as he burst past his marker but his ball through for Jeje was wayward and the keeper was able to collect it with ease.

Azmoun went close in the 52nd minute as he curled an effort wide from the edge of the area. Gurpreet then parried away Morteza’s effort three minutes later.

Iran scored their second just after the hour mark as Haji Safi’s corner went through for Azmoun. The ball struck the Iranian’s thigh before he prodded it into the back of the net from close range. 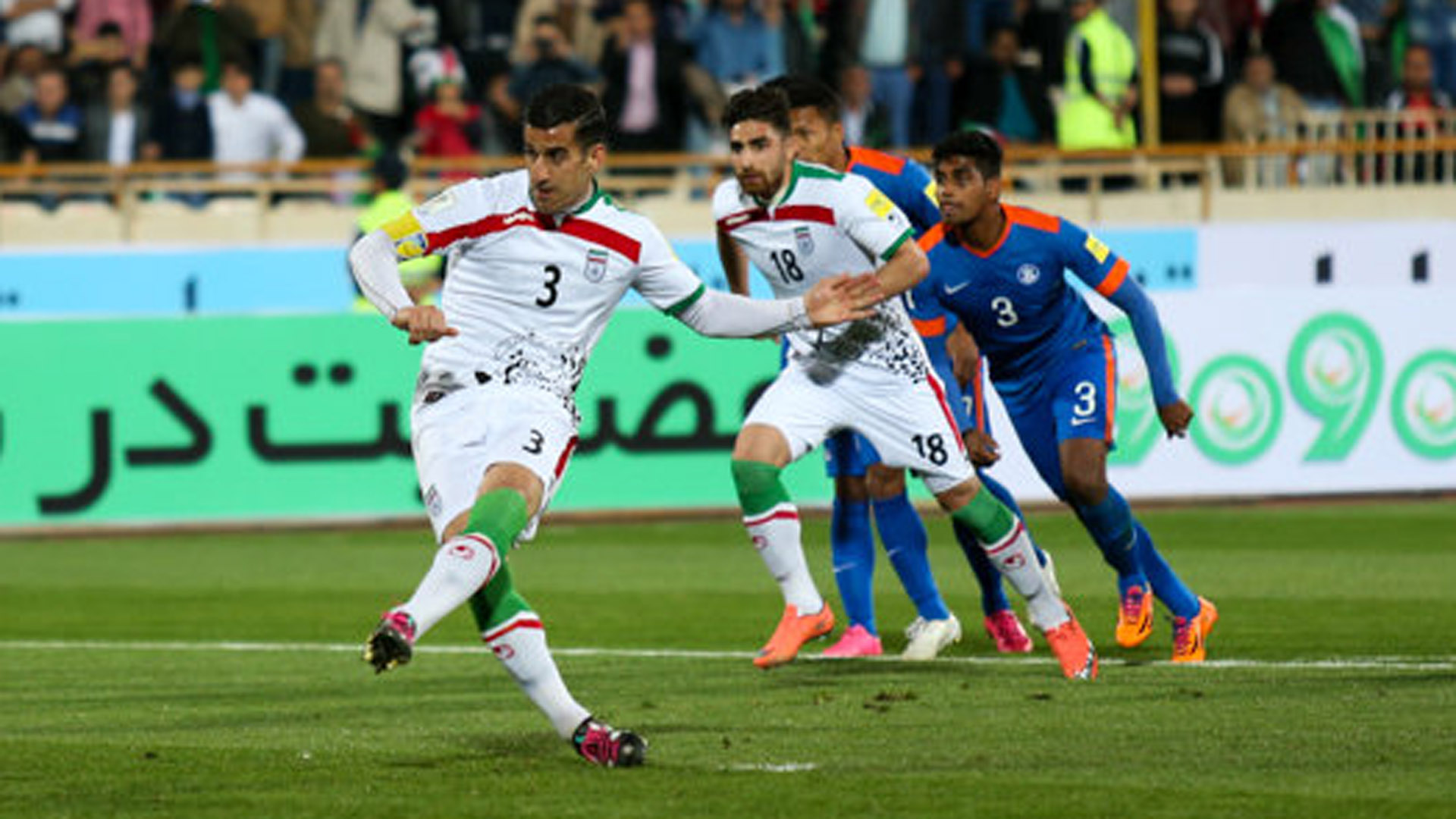 The away side conceded another penalty in the 65th minute as Narayan Das’ attempt at a header saw the ball strike his hand instead. Haji Safi smashed the spot kick past Gurpreet to make it 3-0.

Jhingan managed to get his head onto Narayan’s free-kick in the 70th minute but could not find the target.

Gurpreet made yet another save three minutes later from an Azmoun effort.

Two minutes later, Alireza cut in from the right and three shots and two rebounds later, Narayan finally managed to half-clear the ball only to see Vahid Amiri latch onto it and have his looping effort go over the bar.

India’s catastrophic defending was at it again as Iran took a 4-0 lead in the 78th minute. Alireza was afforded all the freedom in the world to stroll in from the right flank and find the far corner without being closed down.

In the second minute of injury time, Ansari Fard’s excellent effort was thwarted by Gurpreet who dived to his left, making yet another save.

The game ended 4-0 to the highest ranked team in Asia who finish as Group D leaders with 17 points. India remain fifth with just three points to their name ahead of their final game against Turkmenistan in Kochi on March 29.